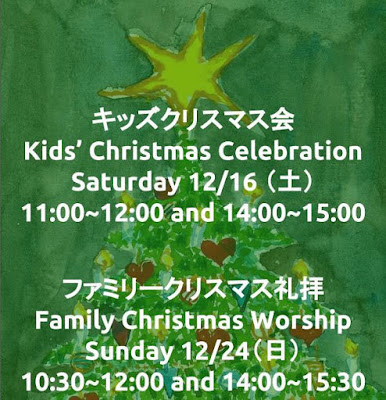 At the Kids' Christmas Celebration on December 16 (Sat), your children can enjoy music, games, stories, and treats to celebrate Jesus' birthday.

The whole family will enjoy Family Christmas Worship on Christmas Eve, December 24 (Sun). Whether you are a Christian or not, Christmas is a wonderful time to sing Christmas songs, watch a beautiful Christmas dance, and hear an encouraging message.
No comments:

Email ThisBlogThis!Share to TwitterShare to FacebookShare to Pinterest
Labels: Christmas 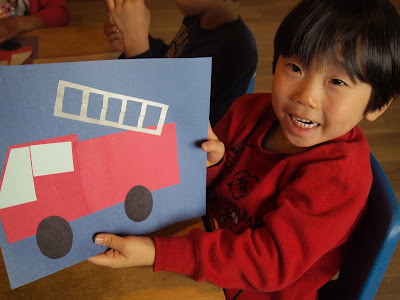 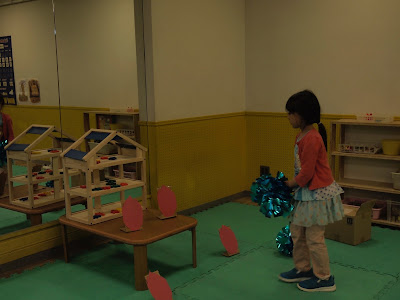 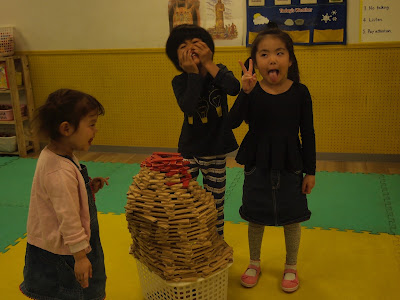 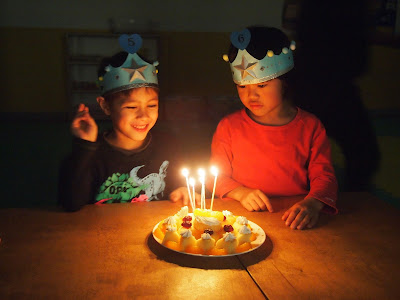 At New Hope Preschool, we integrate our weekly theme through the whole curriculum. To let you know how that looks, I’ll use last week’s theme of “fire.”

Bible: The children learned the biblical story of Shadrach, Meshach, and Abednego who were thrown into the fiery furnace when they refused to do what they knew was wrong even though other people were doing it. (In case you don’t know the story, God rescued them from the fire.)

Craft: Children made fire engines from colorful pieces of paper. This helps their fine motor skills and their sense of symmetry.


Science: Children learned that fire needs oxygen. They saw what happened when a jar was placed over a candle and the oxygen supply was cut off.

PE: Children completed a firefighter relay which included putting out an imaginary fire and rescuing the people in the dollhouse.

Free-Choice Time: We noticed the children including fires and firefighting in their free-choice play.


Outing: Children visited a nearby fire station to learn about fire safety and what it is like to be a firefighter.

Fire Drill: We chose a day during “fire week” for our monthly disaster drill.

Birthday Party: Two children had birthdays last week, so we lit their birthday candles with fire. (OK, this one was a  coincidence; we would have had the birthday party last week anyway.) 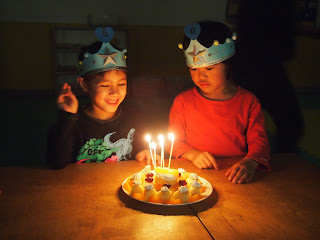 I hope you can see that when everything we do fits with the theme, the whole is greater than the parts!
No comments: